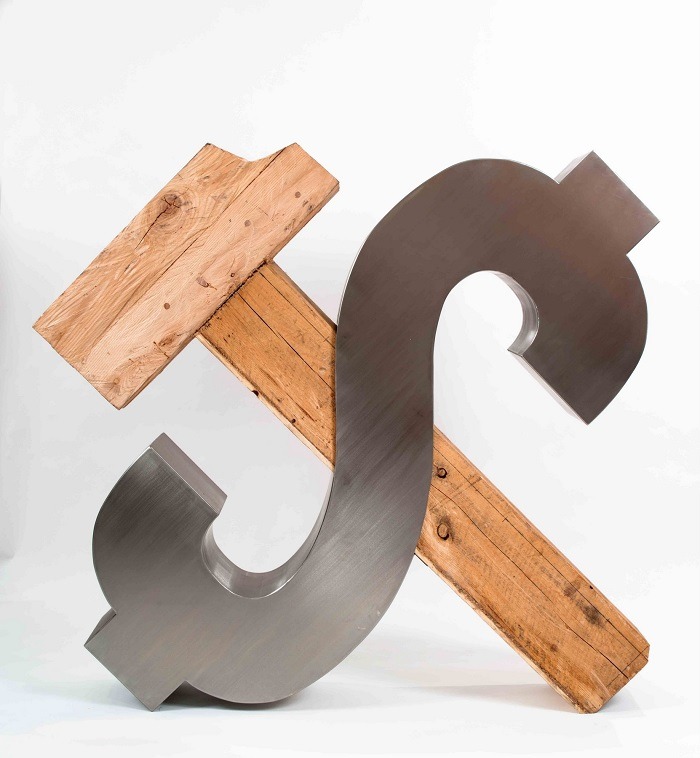 Russian artist and sculptor Leonid Sokov was born in a village. Her father, manager of a dairy factory, was killed during the war. As a child, he learned to make wooden toys. Brought to Moscow in his youth, he continues to appreciate the craftsmanship of sculpture. He chose sculpture as his field at the Moscow Middle Art School, a school for gifted children). Between 1964 and 1969 he studied at the Stroganov Higher School of Industrial Art in Moscow. After graduating, he worked as an animal sculptor, but soon gave up a career accepting official commissions.

Between 1966 and 1969, he shared a studio with his colleague and friend Alexander Kosolapov. In 1976, for the unofficial festival of “apartment exhibitions” in Moscow. He organizes a Pop Art and Conceptualist exhibition in his studio in Moscow. Thus, he also exhibited his first Pop Art works. Sokov emigrated from the USSR in 1979 and has lived in New York since 1980. His first solo exhibition was at the Storefront Gallery in 1983. In 1986 he took part in the seminal exhibition Sots Art, at the New Museum, in New York, curated by Margarita Tupitsyna. Sokov’s first retrospective in Moscow took place in the summer of 2012 at the Museum of Modern Art in Moscow.

He is a living representative of Sots Art. In the early 1970s, he developed a passion for American Pop Art then, under the influence of Komar and Melamid, created a series of sociopolitical sculptural objects. His recognizable style began to form in Moscow, with a deliberately rough finish, resembling naïve amateur work, but at the same time very precise and expressive. He is not limited to sculpture, working in drawing, collage, painting and installations. Like most Sots Artists, Sokov manipulates the canons of ideological production and contemporary myths.

He likes to create his own instruments and fantastic signs of power. Religious objects in national colors, while using “low tongues”. Of folkloric intrigues, swear words and jokes. Once outside the USSR, Sokov offers his version of the “dialogued” forms of Sots Art. Built on the juxtaposition of the USSR and the West and the paradox of discovering similarities between the two polar worlds. This led to the creation of “Stalin and Monroe” and “Lenin and Giacometti”. One of the directions of his art is related to the genre of moving objects: ironic wooden monuments with electric mechanisms. Interactive mechanical game objects, simulating the style of folk crafts, for example, “Ears of Andropov”. 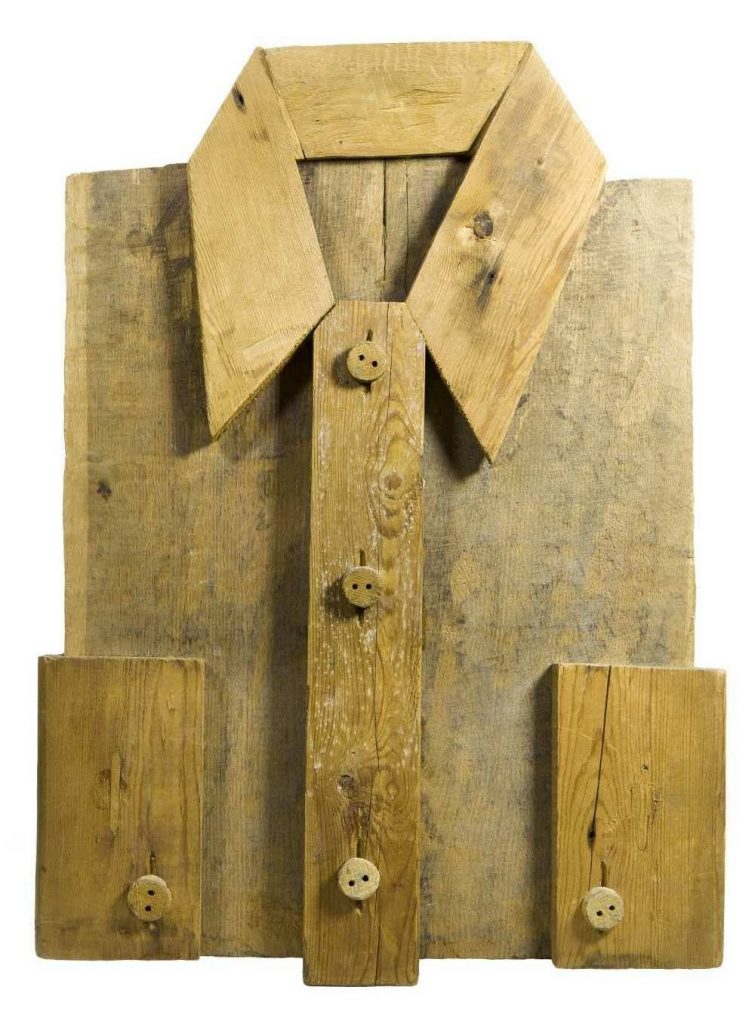 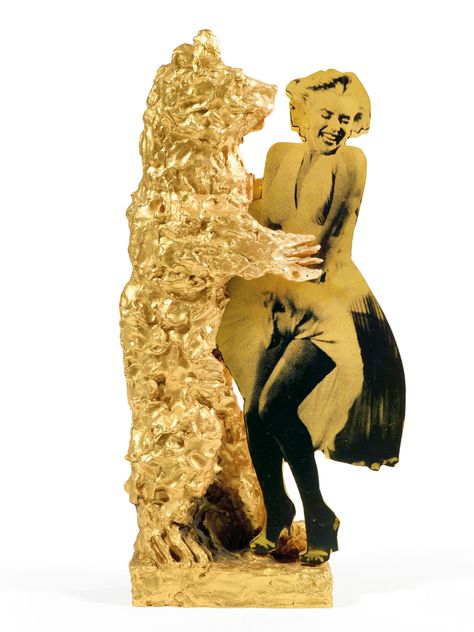 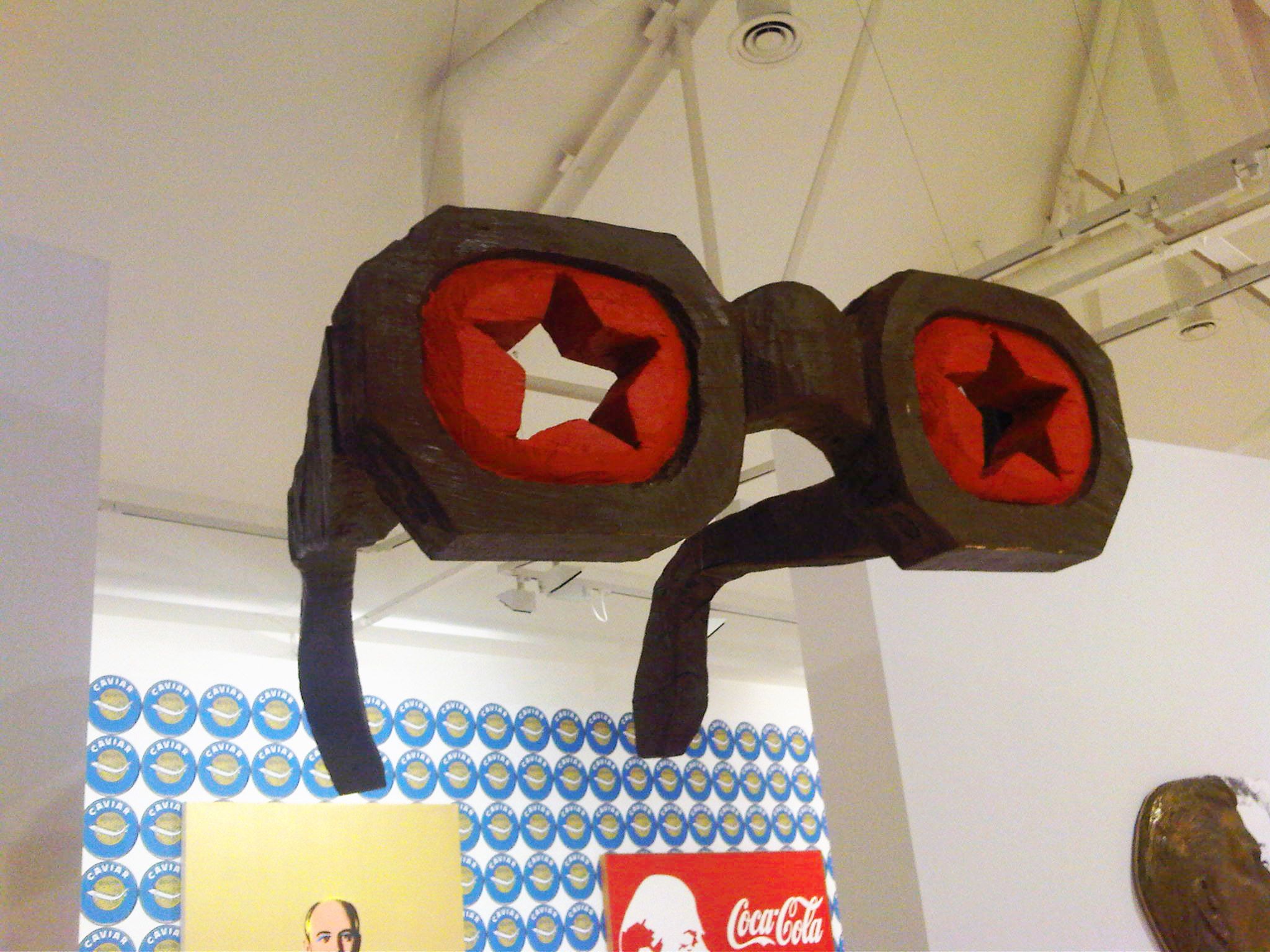