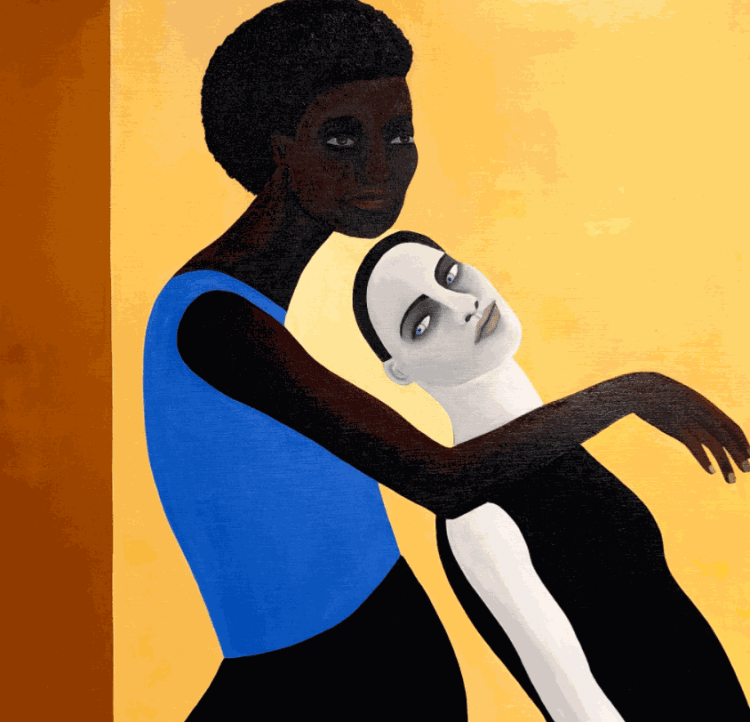 Thousands of faces shine in and out of our field of vision as we move around the world. But some are deeply engraved in our minds. As we imagine and attribute stories to the interactions we witness. For his next solo exhibition “Arrêt sur image” at the Kristin Hjellegjerde Gallery, London Bridge. Parisian artist Rebecca Brodskis presents a series of striking portraits that suspend time. Both by their realization and by their surrealist composition. In the midst of the effervescence and vagueness of contemporary life. These works seem haunting and precise. Allowing the viewer to enjoy a kind of slower and deeper contemplation.

Having grown up in a family of filmmakers. Brodskis cites cinema and particularly the aesthetics of the twenties and thirties as a major influence on the evolution of his painting style. As such, there is a distinct elegance in his paintings. While his characters often seem to emerge from another era. With neat hairstyles. Colorful clothes and sharply defined characters. Posed with your head down. Hands down on the hip. And yet, despite the initial familiarity of the image. Brodskis scenes are difficult to locate in the “real” world. The glossy, smooth backgrounds suggest neutralized graphic space while the characters’ gaze is uniformly blank and invisible. The work entitled Theodor, Jacob and I, for example, features three overlapping characters on an ocher background. While their faces are shaded and defined. There is a spectral quality in their ashy complexion as if they were disappearing from existence. 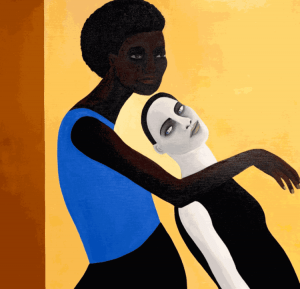