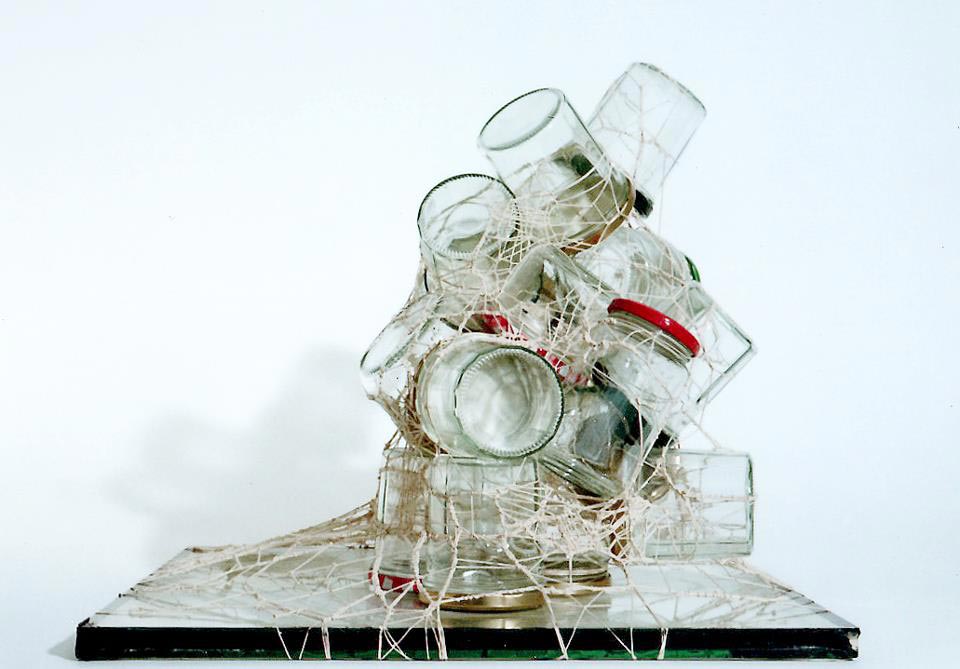 Of Romanian origin, Andreea Talpeanu (born in 1982) sculpts reality. Weaving its web on the skeletons of the chairs. Create a totem from the agglomeration of women’s shoes. To give shape to humanoids swallowing advertisements: the whole world is a pretext for a reinterpretation/reappropriation by the artist.

Weaving against the desert.

Growing up in Romania in the 80s could be one of the reasons why Andreea Talpeanu became involved in such an unusual field of artistic expression.
But saying that means nothing. Because what Andreea does, she does with her fingers, with fabric and with talent, but she also does it with her brain and her heart. His productions are woven into a political statement against all the waste produced by modernity. They are the tame expression of something raw growing inside her that needs to come out, something that cannot remain silent.

The things that bother her.

What Andreea’s hands create is an aesthetic reaction to the things that bother her: half-broken chairs left to die in the streets. Discarded clothes that can still shine, abandoned lands that people cross without even noticing how their modern life is ruining them. As such, his gesture could be considered ethical. And it’s ethical, but it’s more than that. Indomitable, the feelings that she is, as a human being, almost oppressed, have found a way to transform into something aesthetic through the constant, uncompromising and meticulous work she produces.

Fighting with the means of an old lady (pieces of fabric, wool and yarn) against a society that is too quiet does not necessarily mean that yesterday was a golden age. Andreea Talpeanu’s work is more a delicate expression of faith than an aggressive protest. Transforming waste into flesh, building beautiful and elegant bodies: the gesture is a generous gift of life to objects much worse than dead, erased.

Sewing is something the artist learned with her grandmother. Sewing is something women do, historically. When Andreea Talpeanu sews, it has nothing to do with femininity. Rather, it is about constructing meaning and direction. Like an inverted version of Ariadne’s thread, the artist draws material lines around fragments of the world. She doesn’t come from outside the maze to rescue trapped humans or fight mythological creatures without getting lost. On the contrary, she is inside the maze/world/trap and tries to get out of it through material exploration. And this gesture explains all the more why she studied architecture. It answers one of life’s most crucial questions: how do we relate to space and time?